The diary of a reluctant camper…

“But I spent my childhood in a tent” was the default response I have used over the past ten years as I have been cajoled into considering the possibilities of a holiday or weekend break under canvas! The pressure was growing as my inner circles of pals were rediscovering their passions for all things outdoors. The truth was my reluctance was more than superficial, but anchored in my past an insecurity that still lurks today….. Flash back 30 years to the port of Dover on our annual trip to France. A wonderful treat after my early childhood years under canvas in the Lakes and North Wales. Mum and Dad had acquired a luxury, a new caravan and we were very proud as we sat waiting to pull onto the ferry, that is until the Audi driving middle-aged man next to us got out of his car and came up to the caravan door where mum was sorting out last-minute supplies and asked for a burger and chips such was the impression we had made on him – a blooming fast food joint! Even at that young age that moment made a life long impression. A sense we were not good enough, that our little van was inferior and as I dreamed up the fancy hotels that Audi man and his family may have been visiting, for a moment I wanted to run away from canvas, from rainy weekends, from burger van caravans where you could barely swing a cat and cars that invariably had to be pushed off the ferry due to mechanical failure. True we had magical family holidays, it’s where my passion for travel and adventure was ignited but through the eyes of a twelve-year-old my horizons were set beyond canvas and metal, I wanted to experience all modes of travel and accommodation types! Fast forwards to the tender age of 42 and its true to say I have worked my way around the world in everything from boats to planes, from luxury hotels in the Seychelles to Chilean yurts, dodgy hostels in India to safari tents in South Africa and each experience has left such differing, yet special impressions.

So what has changed me from a reluctant camper to a camper in rehabilitation ? Quite simply my children. Perhaps it’s the childhood memories I have and a desire to reconstruct them or my passionate belief that breadth of experiences is king, but whatever the driver is 2018 is set to be a bumper year on the camping front!

So here is my pick of top 10 camping tips and experiences to make any reluctant camper consider the merits of a night under canvas (or in a small burger van masquerading as a caravan!)

Whether it’s a leisurely mooch around Go Outdoors or a flick through the Argos catalogue then get some of the basics before you embark on your trip. Borrow the tent if you don’t want to commit but invest in some equipment basics, sleeping bags, air beds, fold up chairs, a small single ring cooker and a fold away table. Everything else can wait but at least you will have a comfy night and something to brew up on in the morning! And it really is the little extras that make a difference –

For me the biggest revelation is the sense of freedom the kids get when on a campsite. Sure the usual safety precautions apply but I think its fair to say that they get a chance at a certain age to start to grow their independence and there is no better place than on a campsite. Choosing a site with a good play area within “looking on” distance means the kids get a chance to roam.  It’s lovely to see them making new friends and sharing stories, taking in the fresh air and just being free to explore. Check out Eskdale Campsite (eskdalecampsite.co.uk) and Grouse Hill Caravan park & Camping (Grousehill.co.uk) for some great playground facilities.

3. You will sleep better than you think:)

I love my sleep, all 8 hours of it a night and with early riser children the thought of a night or two under canvas filled me with horror in terms of sleep deprivation. Whilst I have waited to start-up my camping until the kids are a little older I have found that we have all slept well and even had later get ups than usual! True it may be a combination of later nights (especially when camping in groups) or mummy’s pre bedtime tipple but I swear it’s the fresh air and exercise that really does lead to a great nights sleep. Just make sure you have lots of layers of bedding to adjust to whatever climate you find yourself in. Sometimes selecting thinner sleeping bags and then over compensating with a small duvet or blanket works better.

Whilst some more dedicated campers may be able to rustle up high-end cuisine on a campsite just keep in simple! Chose a campsite with a good pub nearby, take a BBQ and if you coastal camping pencil in fish and chips. Throw in the occasional chopped tomato and cucumber and piece of fruit to keep the kids vitamins up but other than that embrace the freedom of being away from the weekly routine and fill up on hearty grub and marshmallows by the fireside.

5. If your heart’s not in canvas all is not lost

Camping pods are becoming an increasingly popular way to sample the outdoors with some structure above your head. Ranging from basic to those with all mod cons they are often housed on the same sites as tents and caravans so a great option for those holidaying in groups to accommodate all needs. You still get that sense of the great outdoors and also its a great option for breaks away in the colder seasons as many have heaters.

Ok a bit of a sweeping statement, but speaking as a closet introvert myself campsites are a social arena and so be prepared to loosen up and embrace it! From waking up and opening your tent to find others in close proximity having a brew to feeling relaxed enough to wander for your morning shower in PJs, flip-flops and a water proof nothing is sacred. Washing up at communal sinks is a chatty affair and no doubt you will hear many a muttered argument through the tent walls and snoring … it makes for a great atmosphere but you need to get your head in the right space!

7. Rediscover the art of conversation

Campsites are a great way to release from the devices of everyday life and just sit around and chat with family and friends. As the day turns to night many a tale is told around the fire pit and its a special time to watch the kids play, look out at the stars and toast their marshmallows.

8. Make sure everyone mucks in

Camping is great but it takes effort, from collecting the daily water to trudging to the wash up area. It reminds you how pampered we are with kitchen taps and dishwashers. It’s a time to make everyone feel involved whether that’s washing up, folding up sleeping bags or filling the kettle. Its a team effort:)

9. Bedtime stories are what memories are made of

I can still remember my Dad making up stories as we drifted off to sleep in our tent growing up. Camping is a lovely time to create stories to capture the kids imagination whether that’s round the camp fire or as their heads are hitting the pillow.

10. Adventures come in all different shapes and sizes, but wilderness is great for the soul….

Each journey I go on and each travel adventure I undertake I learn a little more about myself. My reunion with camping feels long overdue, it’s definitely got a special place in my future travel plans and whilst I will still continue to “mix it up” a bit with different itineraries and experiences there is no doubt that the sense of freedom and back to the important basics of life is wonderful for the soul. 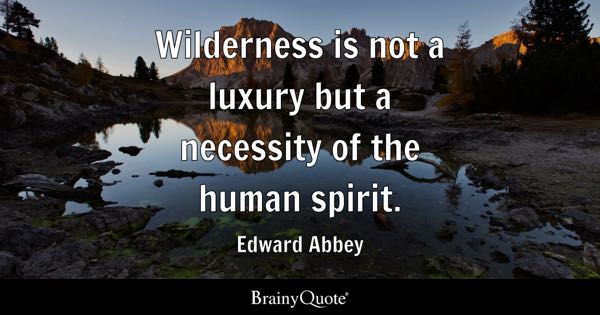